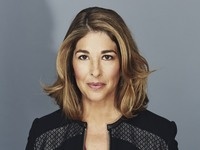 Lecture: This Changes Everything: Capitalism vs the Climate.

The Forum for Excellence brings internationally recognized figures to the University campus in hopes of inspiring, teaching and giving knowledge to the community. Naomi Klein's presentation is open to the University and Reno community as she discusses the connection between global warming and capitalism.

Topic:  This Changes Everything: Capitalism vs the Climate